The electronic cigarettes manufacturing sector of China is set for dynamic business growth through development of both the domestic market and the self-owned competitive brands at a time when leading transnational tobacco giants are rushing to design new types of tobacco products and electronic cigarettes.

Throughout the last few months of 2013 and the beginning of 2014, there was a lot of uncertainty regarding regulatory policies on electronic cigarettes in Europe, which had a direct negative impact on overseas sales by Chinese electronic manufacturers. The inevitable choice for them was to shift their focus to the domestic market, which was vital if they were to continue to develop and grow.

Existing search engine data from Taobao – China’s largest online shopping website – show that there was almost no growth in searches for electronic cigarettes throughout the 2012-2013 period. Yet, in the second and third quarters of 2014, there was huge spike.

E-commerce operators estimate that the gross merchandise volume of electronic cigarettes traded on China’s e-commerce platform reached RMB 2 billion (US$320 million) in 2015, and is expected to double in 2016. Although electronic cigarettes are associated with accessories for men, the e-cigarettes manufactured in China have taken 5% of the global market share, and it took barely a year for the sales value of Chinese e-cigs to go from nearly zero to that RMB 2 billion mark (excluding offline marketing sales!). As Chinese smokers account for one-third of the global total, the potential of this market is vast.

In reality, the entry of e-cigarettes into the domestic market is an unexpected result similar to sales of export-oriented goods at home. What is different is that the reason for this phenomenon – unlike in some other industries – is not the fluctuation of exchange rates or natural decline of demand in international markets. Regulatory uncertainty in Europe and the US and poor e-cigarette sales due to bans in various international markets prompted the Chinese manufacturers, who used to enjoy good sales abroad and paid little attention to domestic markets, to shift their attention. A large choice of new products (mainly e-cigarettes) have then been offered to Chinese consumers. As far as the whole world is concerned, mere tobacco control efforts can only have limited influence on awareness about abstention from cigarette smoking. Rather, it is the various types of tobacco substitutes or new ways of using tobacco that will pique consumers’s interest.

Presently, it is estimated that there are about 300,000 to 500,000 conventional e-cigarette users. The electronic liquids they use normally contain less nicotine. Users of conventional e-cigs often make use of a high-power box smoking set to generate a large amount of smoke. When using such devices, their primary motivation is to “look cool” rather than anything else. There have been serious mistakes in targeting the right group of consumers in international markets of e-cigarettes, and such mistakes have been repeated in China.

Truth be told, enthusiasts of e-cigarettes are not the same as ordinary consumers. It is regrettable to see that many manufacturers have not been able to understand this and identify the right group of consumers. In the US and Europe, the majority of electronic cigarette expos have completely deviated from the right track, presenting tattoo shops, hip-hop artists and even “sensual booths” taking the e-cigarette market into an “alternative culture” direction. Real tobacco substitutes should not be tied to fringe cultures as the majority of consumers are part of the mainstream general public.

At the peak of popularity of large e-cigarette products in 2015, US manufacturer Pax Lab presented a small-sized JUUL e-cigarette product, becoming an instant sensation in the industry. The consumers of JUUL openly gravitated towards the culture of the mainstream. Users of JUUL were mainly traditional consumers, including white collar workers and professionals from all walks of life, who are fundamentally different from consumers of large types of e-cigarettes. In presenting their e-cigarette products to the marketplace, large tobacco companies in the US have also advanced the concept of small-sized products, not geared towards any fringe cultures or niches societies.

The e-cigarette culture has gradually made its debut in China as well. Tying these products to non-mainstream cultures would be a grave error, which may even drag the entire electronic cigarette industry into decline over the long term. Since the beginning of 2015, there has been no obvious increase in the number of consumers of e-cigarettes, and, in its weekly reports, Wells Fargo has gradually reduced the number of times it mentions electronic cigarettes. In December 2015, it pointed out that many consumers in the US, faced with the chaotic world of e-cigarettes, have resumed their smoking of real cigarettes.

In reality, only by appropriately arousing the enthusiasm of mainstream Chinese consumers to use tobacco substitutes instead of cigarettes can the market potential be properly tapped. Otherwise, the market of e-cigarettes, with enthusiasts as the principal players, will have no future. Whether there is a successful shift of conceptual thinking in this area will be the most vital to whether the e-cigarette manufacturing sector is able to escape the bottleneck in its business development.

As far as the entire tobacco industry is concerned, it is clear that transnational tobacco giants have implemented the policy of developing and manufacturing small-sized e-cigarette products that target the general public, and have been cautious in presenting new products to the market because of the latest regulatory policies in various countries. The new products presented by them are highly similar. It would seem that these new products do not meet the existing demand of current consumers, but they are designed for e-cigarette consumers in the future, mainly traditional cigarette smokers.

Even large tobacco companies will not necessarily all take up e-cigarettes as their new types of tobacco products without exception. British American Tobacco has developed a new product – Vype – as a leading player of its e-cigarette line. It has also developed a smokeless nicotine inhaler called Voke, and has received a medical license for it. By doing so, it can enjoy a greater share of the electronic cigarette market, buy can also market Voke as a nicotine inhaling medical device should e-cigarette sales turn weak.

Philip Morris International (PMI) has also become a player. At a conference of investors in June 2014, PMI unveiled its timetable for unveiling a series of new tobacco products, indicating it has far-reaching plans for developing new types of tobacco products ranging from the heating non-burning IQOS to carbon rod products, and from general small-sized e-cigarettes to the EGO type of e-cigarette product called Vivid, which meets the stringent requirements of EU regulations. The choice of timing for these products is interesting: the company has chosen to present the products to the market in the third quarter of 2016 – tying it tacitly with May 20, 2016 – the date when the EU’s regulatory policy on electronic cigarette products goes into effect.

Both transnational tobacco giants have planned to convert their previous consumers of tobacco products into consumers of e-cigarettes at a time when it is vitally important for them. They have both accurately grasped the mainstream consumer market, and have both presented new types of tobacco products better meeting the demand of the general public.

However, the e-cigarette manufacturing sector has so far been immature and unstable and there will still be many new ways of developing new types of tobacco products. Reynolds American Inc. has even revitalized heating carbon rod products that first came to the market in the 1980s, well ahead if their time. This year, Japan Tobacco Inc. is planning to present its new Ploom line products that it had acquired from Pax Lab. I also looks like in 2016, low-temperature non-burning products will be all the rage. The ordinary e-cigarette is sure to face some strong competition.

Some electronic cigarette manufacturers in China have achieved amazing success in international markets. They began to give great importance to developing competitive brands of e-cigarettes as early as three years ago. They also tried to develop stand-alone competitive brands through existing international marketing channels. So far, five or six manufacturers are considerably competitive. It is not rare for any of them to see annual sales revenue to top RMB 1 billion (US$159 million).

As far as manufacturing of e-liquid for e-cigarettes is concerned, Chinese manufacturers have fallen over each other to set up operations abroad, and as a result, they are currently under no obvious pressure from policy-makers. Since e-liquids manufactured in China are inexpensive but of fine quality, they have already taken some market share in Europe and the US, which stood at 10-20% two years ago. Meanwhile, rival foreign e-liquid manufacturers have gradually got a firm foothold in their own countries. They solved the puzzle of technology and cost quite a few years ago. Moreover, the protection of the various patented technologies previously developed or possessed by Chinese e-cigarette manufacturers will be weakened as a result of upgrades or product substitution.

Because of regulatory and economic uncertainties, it seems that the electronic cigarette manufacturing sector in China and all over the world now faces ambiguous prospects for future business development. Yet, there is one thing that is certain for the e-cigarette manufacturing sector in China: the potential of the domestic market of new types of tobacco-substitute products represented by e-cigarettes is amazing. Only by rationally identifying a right group of consumers and starting to develop safe and effective new products that meet the demand of the general public will it succeed in realistically tapping the potential of the market in China, which will be in the interest of all consumers. 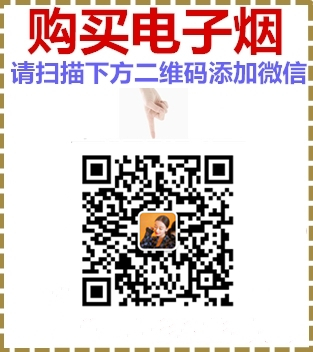